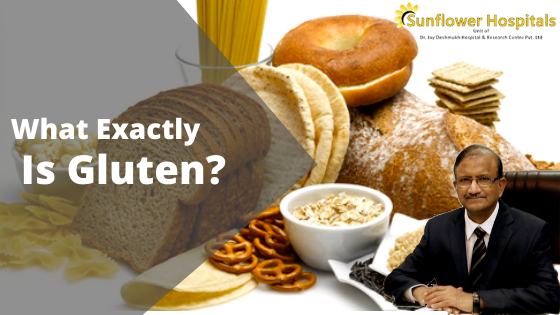 Dr Jay Deshmukh: Whenever you have recurrent loose stools, abdominal cramps after taking a particular kind of food containing wheat or rye that is nachni or barley, you may be suffering from gluten sensitivity. It is not uncommon in the general population, though it is never suspected early enough. The majority of people with gluten-related disorders remain undiagnosed.

Why do restaurant menu cards mention about your gluten sensitivity?

Dr Jay Deshmukh: Gluten is a protein that is predominantly present in wheat. It is a sticky substance composed of the proteins gliadin and glutenin. Some individuals are allergic to these proteins. This allergy causes abdominal cramps, recurrent stools that are foul-smelling or oily. Hence if you have gluten sensitivity, you need to avoid food items containing gluten.

How to diagnose and confirm gluten sensitivity?

What is Celiac disease?

What are the symptoms in adults?

In which conditions a gluten-free diet is indicated?

What are the diet details in gluten-sensitive individuals?

What are the grains that are not allowed?